Did you know that some of the best chocolate in the world is produced in Peru? But don’t take my word for it. At The International Chocolate Awards in 2019, Peruvian chocolate bars received a Gold medal in the Plain/origin dark chocolate bars category. Peru received 17 medals in total. At the Chocolate Show in London in 2017, the award for Best Chocolate in the World went to Cacao Shattell from Lima. But what’s so special about chocolate from this part of the world? Does it taste better and does it, like many other Peruvian foods, have superfood-like benefits? I decided to find out more about the history behind this unique chocolate. Finally, I look at the best Peruvian chocolate brands and talk to some producers about their love for the art of chocolate making.

Peru is the country with the richest chocolate history. And Peruvian chocolate has been named the world’s best many times. 60% of the world’s cocoa varieties are indigenous to the Amazon basin area. Peru is the world’s 13th largest exporter of cacao and the second-largest organic cacao exporter. The organic market is growing. This, and the fact that the cacao plant is an environmentally friendly crop, makes Peruvian chocolate a not-so-guilty pleasure. In Peru, over one-quarter of cacao production is certified as organic, fair trade, and/or sustainable.

Where to buy Peruvian chocolate? Bar and Cocoa offers an extensive range of products online, including our selection.

The origins of the original cacao bean are debated. The earliest evidence shows the Incas and Mayans first consumed the beans as a drink, but the evidence also shows that cacao beans originated in the Andes.

The Spanish conquistadors learned how to consume chocolate as a drink from indigenous tribes. The practice became popular in Spain and then the rest of Europe.

The Olmecs, Aztecs or Maya may even have enjoyed an alcoholic fermented “chocolate” drink, similar to chicha (derived from Maize) in the Andean region. Chicha is usually consumed as corn beer (chicha de jora)

One things for sure, the original drinking chocolate was bitter, as cacao naturally is. The Spanish introduced sugar to counteract this bitterness and it was a hit for the sweet-toothed Europeans (worldwide, we consume almost 8 million tons of chocolate every year. More than half of this consumption goes to Europe).

Note: There are some unscrupulous players in this billion-dollar industry. The case of United Cacao shows that we should be conscious of where our beans are grown. Buy from fair trade and environmentally-friendly chocolate producers.

Most of the cocoa in the world is produced in West Africa. Cameroon, for example, where much of the African production happens, produces what’s called bulk cocoa beans (also known as ordinary beans). In essence, it lacks character and probably goes into making the average milk chocolate Hershey bar.

60% of the world’s cocoa varieties are indigenous to Peru

The team at Cocoa Runners in the UK believe that Peru produces good raw materials for chocolate making because “the cultivar strains of cacao that grow in Peru change dramatically from region to region. In Piura and Cusco, for example, you’ll find the majority being indigenous varieties. Whereas in the Amazon region you might find the majority of cacao growing to be CCN-51, amongst fine flavour cacao. Peru has around 12 major growing regions for cacao, and it one of the world’s most biologically diverse countries. We see lots of different terroirs, giving unique flavours from region to region, from plantation to plantation”.

“The reason we fell in love with craft chocolate is because of Peruvian cacao. We typically favour bars that are crafted from Piura, Cusco, Ayacucho etc. cacao – opposed to San Martin. However, that’s not to say I do not enjoy Amazonian cacao. We love Shattell’s Cusco Chuncho 70%, it’s an all-time favourite. But we think a good starting point is Shattell’s Tumbes 70% and any bar from Qantu to experience Peruvian cacao.”

Peru is an important country for the advancement of the cocoa industry. With some of the highest quality cocoa in the world, thanks to the genetic diversity of plants (60% of the world’s cocoa plants are grown in the country), Peru’s reputation is growing as a producer of chocolate with a fine taste and nutritional value. The health benefits of dark chocolate, which Peruvian producers have mastered the production of, have been widely studied.

Recently, a presumed lost type of ancient cacao tree called Pure Nacional was rediscovered in Marañón Canyon. Declared extinct decades ago, the news that this tree, which produces non-bitter and fruity-flavored beans was found in the Amazon rainforest, has created great excitement in the chocolate producing community. The Pure Nacional tree produces some of the rarest cacao in the world. And of course, chocolate lovers will be dying to get their hands on a bar of the good stuff.

Realising the potential chocolate gold mine they had discovered, the finders of the tree set about building a chocolate business called Marañón.  (Pronounced Mar-an-yohn)

The company launched 9 years ago and now has chocolateries in 26 countries.

According to Franz Ziegler, a Marañón partner and chocolatier, the most important factor in creating a high-quality Peruvian chocolate product is the quality of beans. Genetics, soil, and post-harvest processes like fermenting and drying all contribute to bean quality.

All of Marañón’s cocoa beans grow “in the valley”, as they call it. A secret valley with a special microclimate in the north of Peru. Franz calls it the Jurassic Park of cacao, where three types of cacao grow with a unique genetic profile.

Chocolate Is a Fermented Food

The most delicious food and drink arrives on our tables through the process of fermentation. Fermented foods truly are “the good stuff”. Who can deny that Kombucha, Kimchi, Kefir, Sauerkraut, Tempeh, Yoghurt, and apple cider vinegar, are healthful foods?

There’s something potent and special about fermented foods but what about wine, beer, coffee, salami and cheese? These products are incredibly popular even if they can be harmful when consumed in excess.

Cocoa, food of the gods, also passes through a process of fermentation in order to make chocolate.

According to Cocoa Runners, fermentation is the most important part of the chocolate production process.

Is Chocolate A Superfood?

Many of the foods that grow naturally (or are cultivated) in Peru happen to be classed as superfoods. One of these is our favourite dried, fermented, and roasted dark seed called cacao, or the cacao bean. That’s great, you might say, but what’s a superfood? Well, first of all, the term superfood is a marketing term. But that doesn’t mean it’s a bad thing. Imagine a type of food that is nutritionally dense and packed with substances that promote well-being. Some foods, like kale, green tea, and certain nuts and seeds, pack nutrient loads that punch well above their weight. Green Tea, for example, is rich in antioxidants. Raw Cacao contains 40 times the nu

Of course, we can talk all day about the production quality, the percentage of cocoa solids and fatty acids in the chocolate, and the health benefits, but what about the taste?

Is the flavour good enough to win over the palates of the 1 Billion people that eat chocolate every day?

This is a bit like deciding on the best food in the world or the best piece of art. Taste is a personal thing. There are many reasons why someone might choose one type of chocolate. But if you care about quality and price is not the only deciding factor, look for the darker, finer Peruvian chocolate products to nibble on or use in your cooking. (Darker chocolate works best for richer sweet and cake recipes).

As a general rule, the less sugar in a bar, the more flavour from the beans is imparted.

In the name of science, we tried some of the best brands, including some award-winners.

At the International Chocolate Awards in 2019, Peruvian chocolate won the “Plain/origin dark chocolate bars” category. The winning chocolate producer, CacaoSuyo bills itself as the “most awarded chocolate in Peru”.

The beautifully packaged bars of chocolate with their enticing descriptions are bound to make mouths water.

“Chocolate to 70% of cacao of Origin Cuzco with sweet notes fruity at the beginning that fade slowly until leaving a fresh fruit herbal.” – We’ll take them all, thanks!

The CacaoSuyo Lakuna has the most intense floral flavor of any of the bars we tried. If you like red wine, coffee bitterness, and honey sweetness all rolled into one, this is the bar for you. The incredible flavors might be a bit much for the untrained palate but fine chocolate lovers and fans of darker bars will love this.

In our taste test, the Maraná Cusco 50% Milk chocolate bar was a little sweet. The rich gooseberry flavors were a little overwhelmed by the sweetness. However, the International Chocolate Awards gave this bar the Silver in the “Americas” category in 2017 so you can be sure this is a quality product.

This bar and the 80% Dark bar are produced from the “Chuncho” variety of beans native to the Cusco region.

The Cusco Dark bar has a nuttier flavour and is very smooth and creamy. There’s a hint of bitterness, which really sets it off. We give this one a thumbs up.

With the most interesting flavours and the best balance of tannins and sweetness of all the bars, this dark chocolate (70%) bar is one we will enjoy again.

The Piura 75% Organic Vegan Dark bar is special. Made from a rare type of white cacao, there’s a hint of roasted nut, lime and other fruits in this rich dark chocolate.

Every bar contains a code which you can use to track your chocolate to its origin and type of bean in Peru.

Original Beans is dedicated to becoming a 100% regenerative business and purchases it’s cacao direct from farmers at twice the general Fairtrade price.

How to taste chocolate

The team at Cacao Runners explained how to best experience the beautiful flavors of good quality chocolate. Just like with wine and coffee, there’s an art to tasting good chocolate.

“We recommend having two bars on the go, so you can really compare and contrast. This way it is easier to pick up different styles of chocolate making (i.e. one might be smoother or grittier) as well as different flavour notes coming from the different bars.

Have a glass of warm water or a neutral palate cleanser (probably not fruit).

Look at the bar, snap it, smell it, let it melt on the tongue. Does it melt quickly or slowly? Once it’s melted and gone, does the flavour have a long-lasting finish?

One trick we like to do is start by holding your nose. Put the chocolate on your tongue (whilst still holding your nose) and see what you can detect. Once the chocolate begins to melt, release your nose. You should have a wealth of flavour suddenly come through. This helps explain the difference between taste and flavour. Flavour is both orthonasal and reteronasal“.

And if you’re travelling to Peru, check out El Cacaotal in Barranco, Lima. Amanda has a fantastic library of all Peruvian chocolate bars. 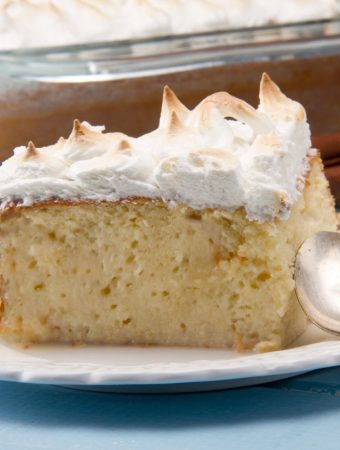 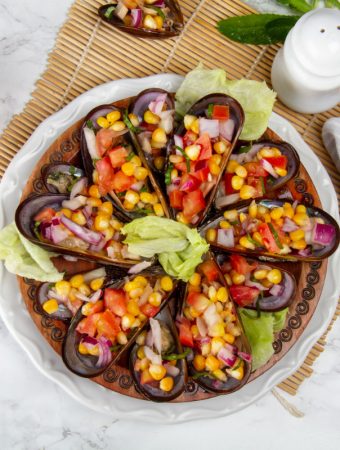 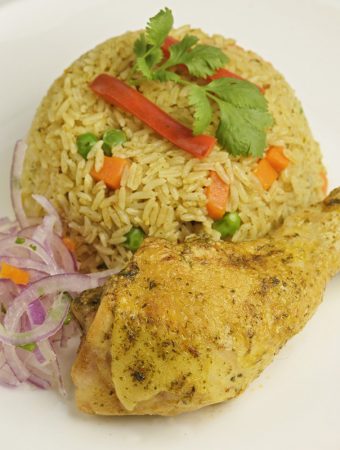 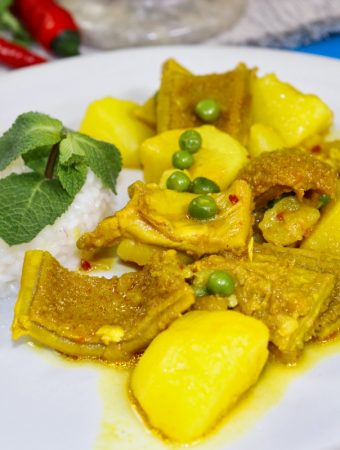